Lies from the start

Looking online for news regarding all the issues of VS2, especially after the unlimited plans have been terminated and many areas have stopped accepting new clients and found this gem from December 5th 2017. An outright lie. Specifically read about the antennas, reflectors and radiators. This must border on being illegal. Investors were told lies from the start. For your own reading:

ViaSat announced the ViaSat 2 satellite has successfully arrived in Geostationary Earth Orbit (GEO) at 69.9 west longitude, and has transitioned into orbit normal mode (Earth pointing) with its reflector and radiator deployments now complete. The company also confirmed the satellite has commenced in-orbit testing, including the key milestone of the first end-to-end system test, with the ViaSat 2 satellite transmitting and receiving data to and from the new ViaSat ground segment.

Antenna deployment complete???? Really??? How long did they think they could deceive clients and investors???

We need a new forum!
2 years ago

If they have deployed as far as they will go (full extension or not), deployment is complete.
2 years ago

Early February is only 10 months away!
2 years ago

I was not deceived or lied to.  That article states "..... the satellite has commenced in-orbit testing, including the key milestone of the first end-to-end system test."  The key word there is commenced. They started to test and discovered problems in those test.  To accuse Viasat of lying is unfounded.
2018-04-02T11:34:13+00:00

I knew you wouldn't let us down... 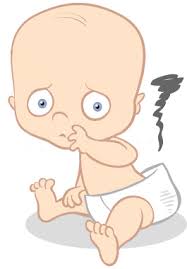 Keep in mind no sat has cameras like we get to watch with SpaceX launches. To them it deployed. In space it didn't look like the drawings but that was not learned till January when viasat started looking at the beams. I feel it might be a few problems, one that also includes some frequency drift.
(Edited)
2 years ago

This suggests, at least where military's "territory" exists, VS-2 is operational.

RE: many areas have stopped accepting new clients

This might suggest a limited bandwidth is available, or maybe equipment supplies ran out, so if bandwidth related, triage kicked in to determine who gets a piece of the bandwidth cake.  Consumers would take a low priority...military and aircraft first.

Bean counters would choose to only invest in essential plant/equipment until VS-2 was determined to be fit for duty.  Translation, minimum required gateway earth stations, consumer modems, etc.

I don't care one way or another.  He's not trying to kick Viasat in the teeth, and doesn't rally around those who do.  Most of what he post is truly "take it or leave it" and is usually 'leave it' but that's ok.  Someone who is totally new at this can benefit from his post and get a not-so-steep learning curve education from him.  Therefore, what he post is valuable information, just not to someone with solid technical knowledge already.

The fact is that Viasat promised its residential customers major improvements with the new satellite. We have yet to see any.
(Edited)
2 years ago

From a news article last week...

"On February 2 of this year, ViaSat announced the availability of its fastest residential broadband service to date."

Two months later and Viasat-2's rollout appears to have grinded to a halt and new subs are not even being sold in some areas.

Customers are no more entitled than someone walking down an isle at Wal-Mart.  We purchase their product making us an end-user, not an interested party.

Shareholders will be informed of situations and progress, or the lack of it, in quarterly reports as Viasat deems appropriate to disclose but is not mandated to say anything.  If shareholders don't like that, they can divest themselves of Viasat stock and invest their money elsewhere.
2018-04-02T20:48:15+00:00

You are right they don't have to say anything. But not saying anything and stopping new subs in certain areas of the country says a lot. When a corporation has good news they have no problem touting it. Not saying that is right or wrong, just reality.
(Edited)
2018-04-02T21:08:01+00:00

Honestly, once I saw how bad the new plans were (along with the price of the premium plans) combined with the fact I managed to get on the Freedom plan, Viasat-2 is dead to me. At this point all it can do is offer better speed to me by taking some load off Viasat-1.

Agreed on all points. I guess there's hope for Viasat 3 in a couple of years!
2 years ago

Hmmm.  I'm not sure what lie that quote contains, nor how it's deceptive.
2 years ago

I have only been a contributor to this blog for less than a month and I see the same recurring comments about Viasat 2 - iterations notwithstanding. Folks it ain't gonna change cause we want it to regardless of their promotional promises to entice new subs and hang on to long-time subs. It's a business and it is what it is - I too have come to realize that the expected venting of frustration is nothing more than preaching to the choir. Like the rest of you, I too would like to believe that the corporate monitors of this blog would be in a position to live up to the promotions.

And don't feel that I am criticizing blog contributors for their contributions but - it is what it is..
2 years ago

Well...here's the Twilight  Zone reality...the "antenna issue" was a cover story (aka fake news) to bide time while some more earth station gateways are completed.  The "Available for Military Applications" PR was a publicly stunt to impress stock holders that everything is A-OK.  And reflecting back, there are no press releases about SNAFU.
2018-04-05T03:02:09+00:00 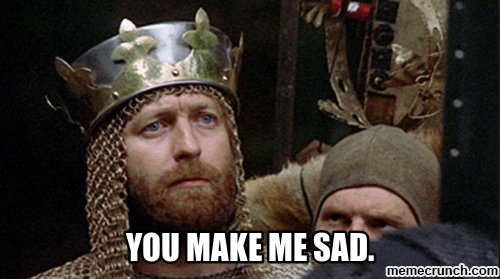 See, and people laughed at me when I suggested organic tools that would disintegrate over time.  Uh huh.  Who's laughing now?  :)
2 years ago

RE: "How can you tell....Inquiring minds want to know.

When the "rest of this story" is not publicly released.

Otherwise, ask those on VS-2 to post their results of